A land of flowing landscapes, where impermanence is the norm, Iceland is not only moulded by rivers, with hugely fluctuating volumes of water through the seasons, dictated by rainfall and melting ice, but by the land itself changing violently due to volcanic action and lava flow.

Through a dark land of black earth and ash, bleak foreboding landscape can rapidly change to bright and uplifting light drenched panoramas, whilst always responding to the particular light, warm because of the low sun but tinged with a cold arctic blue.

The five elements combine and contrast. The solid earth, actually formed of past and very recent liquid lava-rock having been heated by the fire of the Earth's core, destroying but also remaking, the landscape. The hot escaping subterranean air meeting the arctic-cold atmosphere. Water in all it's states from frozen through liquid to super heated steam. The 'ether' transmitting the ever-changing light and shadow through the day, in the low winter sun which just creeps above the horizon in the winter months. The black rock interspersed with brilliant colour. 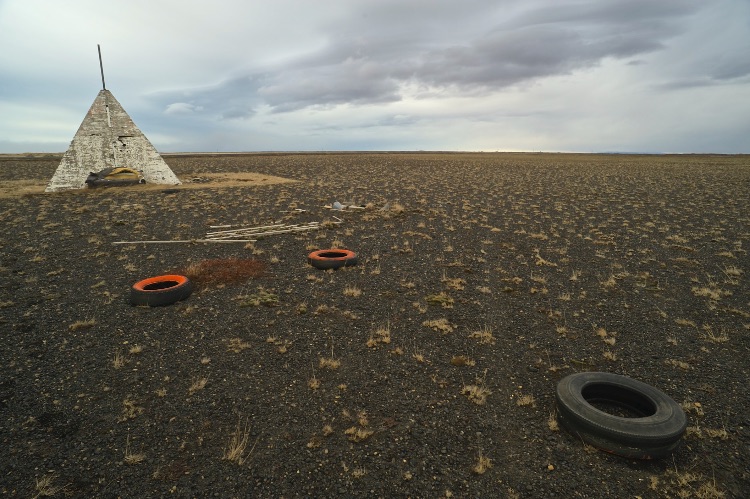